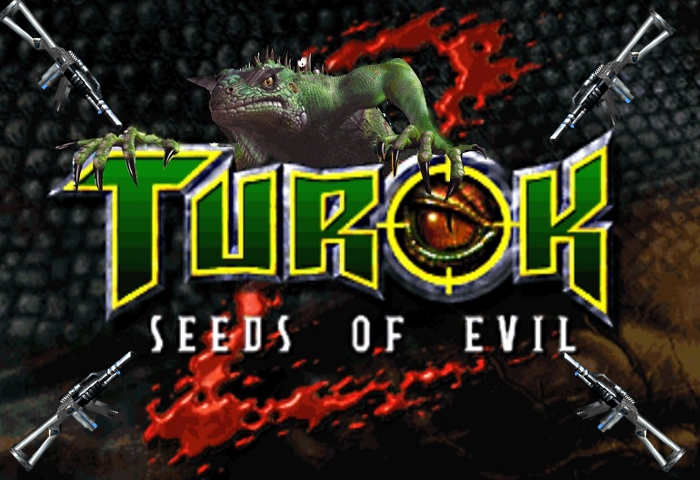 I was hanging out on crazy's server (I think it was his) getting some target practice in and waiting for someone to join today. Was about to log out when someone named Dok joined the server. I said "Hi", as usual, but did not receive a response (not unusual). Bear in mind this was on city-4 map, when I heard the sound of a charge dart gun charging up. I know, there's no charge dart on city-4, right? Well, almost immediately my game shut down and I was kicked back to my desktop. I tried rejoining and it would get to the startup screen, my screen would go black and I would be sent back to my desktop screen. After a couple more attempts to rejoin I deleted the game, reloaded it and had no problems joining back into the server. But by this time the player named Dok had exited. Since I began playing Turok I have never had this happen before. I am thinking that this guy did something to disrupt the gameplay (how I don't know). Has anyone else had anything like this happen to them in the past? If not this is just a heads-up to let everyone know something smells fishy.

yeah that stuff already happened before, the guy was very probably using a trainer (charge dart already suspect in city4), and then "crashing" the server with a trainer function : crashing means every one in the server, or trying to join, is kicked.
in that case get the time where the guy was connected, so that the admin can track his ip (if u can contact the admin of course lol)

sad to hear.
its good to see that some servers stay up, but its responsability to the hosts to make sure  that cheaters stay away from their servers.
personaly i dont have any cheaters since months into my server, i dont do anything new, just ban the cheaters ip, and i still read same complains  about same servers.  sadly i cant host  24/24 so i can understand players dont have other choice than  going into  not secured servers.only way is that hosts will listen  players  and ban cheaters.

Thanks for the replies guys. As I didn't have any contact information for the host, I did the next best thing. After successfully logging in I typed in all caps PLEASE READ THIS!  and left detailed information regarding the players name roughly what time etc. So I hope he read that and got the guys ip address. So sadly I was correct in my assumption that something was up. But as we say here "If it walks like a duck and quacks like a duck, it's probably a duck"!

Similar topics
» Αlone under Strange Night!
» A Strange Recording quest
» There is no such thing as TMI
» Survey: Your Favorite thing about fall
» Marvel Select THING & ABOMINATION